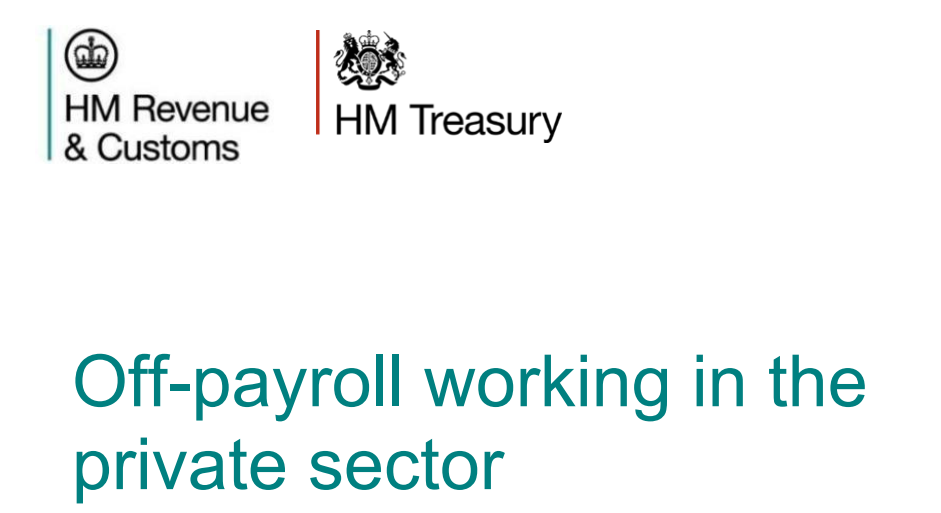 HMRC has launched its long-awaited consultation on plans to extend the IR35 off-payroll working rules to the private sector, which could affect 2 million contractors.

The consultation paper lays out HMRC’s evaluation of how the public sector reforms have gone, and considers the options for a roll out to the private sector.

We have read and digested the consultation document and picked out the salient points in order to get an idea of what is likely to happen and when.

First though, a bit of background:

IR35 was introduced in 2000 to ensure contractors who work in the same way as employees, but through a limited company, would receive the same tax treatment as employees, thus tackling so-called “disguised employment”.

In the Autumn Budget 2017, the government announced that it would consult on how to tackle non-compliance in the private sector.

Evaluation of IR35 reform in the public sector

HMRC is clear in its position that the changes to IR35 in the public sector have been successful in tackling non-compliance by having more people taxed at source.

According to HMRC figures, in any given month since the reform was introduced, an estimated 58,000 extra individuals have been paid through PAYE, bringing an additional £410 million into the public purse.

Given this, it is safe to assume they are keen to cast a wider net by extending the public sector reform to the private sector.

HMRC does acknowledge concerns about the impact of the public sector reforms on UK labour market flexibility and the administrative burden on clients and agencies.

However, it goes on to somewhat dismiss evidence of this as “anecdotal” and in the factsheet accompanying the consultation paper, says that research suggests the admin burden has reduced since implementation and almost all public authorities surveyed are now confident that they are complying with the reform.

They also maintain that the functionality of the CEST tool for determining IR35 status has improved over time.

What they won’t be doing…

HMRC summarises three alternatives to reform that have come out of previous consultations:

Of the alternatives suggested above, HMRC says:

“These options are out of scope of this consultation as they are either designed to change the tests that determine whether the off-payroll rules apply, or to change the tax or NICs treatment of those who are found to be inside, or outside of the rules.”

What does this mean?

While it looks highly likely that a roll out to the private sector is inevitable, HMRC was at pains to stress that it is not a done deal:

“The government has made no decisions about how to proceed and wants to consider the evidence of how the public sector reform has gone, as well as the impact on businesses and individuals who would have to implement any change.”

There could be a “cut and paste” roll out of the public sector reform, or some variation of it.
Suggested approaches outlined in the consultation document include supply chain assurance and additional record keeping.

Well, to paraphrase Sherlock Holmes “When you have eliminated the impossible, whatever remains must be the truth”, and certainly that seems to be the case here.

HMRC is firm in its belief that “the available evidence shows that the public sector reform has been effective in tackling non-compliance with the off-payroll working rules”.

It has also eliminated the proposals put forward as alternatives. All that remains therefore, is an extension of the off-payroll working rules to the private sector. The only question is when, and how different the reforms will look to the public sector, if at all.

You can read the full consultation document here

As the private sector consultation on off-payroll progresses, IR35 remains a hot topic and we will continue to keep you updated via our IR35 hub.
It’s the go-to place for IR35 knowledge and insight. Check it out by clicking the link below